Serious illness can strike anytime, anywhere and in anyone, even infamous people. In fact, for years now, celebrities with Parkinson’s Disease have been listed, and some of them even died of the said sickness. Not only our favorite stars have the said sickness but other known personalities too, from different fields like sports, religion, and politics.

This article has surely caught your attention that you are already eager to read and find out if your favorite personality is included in the Top 7 famous people with Parkinson’s Disease. Or, you’re probably wondering too, if there are names on the list you know very well or familiar with.

According to the not-for-profit organization, Mayo Clinic, “Parkinson’s disease is a progressive nervous system disorder” affecting movements. Its symptoms are starting gradually, and sometimes, begins with a barely noticeable shaking of one hand. Tremors for this disease are typical. However, the disorder usually causes stiffness too or slowing down in terms of movement.

During the early phases of Parkinson’s, a person’s face may display little expression (or none at all). His arms may not move or swing when he walks. Even the speech gets affected as it becomes slurred or soft. PD symptoms worsen as the condition progresses or develops over time.

In addition, even though it is incurable, there might be remarkable improvements with the symptoms due to medications. On some occasions, the doctor may recommend surgery to regulate some regions of the brain, not to mention, improve the symptoms.

Certainly, Parkinson’s disease impacts people whatever status they have, even the famous ones. Below are popular personalities suffering from the disease and how they dealt with it. 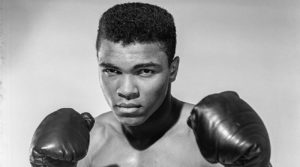 Ali was the People’s Champion of his time. Three years after retiring from boxing, he was diagnosed with Parkinson’s disease. As someone with the disease, he worked on fund-raising projects for Parkinson’s research until the 2000s. He even bore the Olympic Flag way back in 2012.

In addition, the former boxing champ was Parkinson’s Foundation’s longtime friend. As such, he elevated awareness of the disease all over the world and helped put up the Muhammad Ali Parkinson Center. His fight against the illness lasted until 2016, but his legacy stays on. 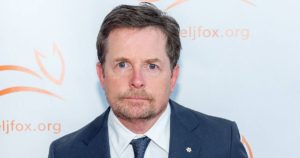 Also a philanthropist, actor Michael J. Fox is among the most famous Parkinson’s advocates around the globe. He turned out as a household name, like Marty McFly in the renowned film “Back to the Future.” More so, the actor started to notice symptoms of early-onset PD at age 29 and from then on and has been committed since he started the Michael J. Fox Foundation for Parkinson’s Research. The severe illness hasn’t hindered Fox from writing three books and continuing to appear on various TV shows. 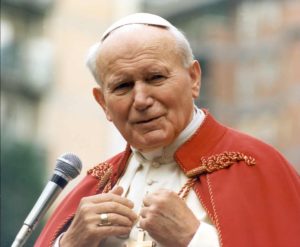 Born in Wadowice, Poland, Pope John Paul II was the first-ever non-Italian Pope in over 400 years. Relatively, change in his posture, gait and voice turned very visible through his appearances in public later on in his life. It was in 2001 when the Pope was first diagnosed with Parkinson’s disease. 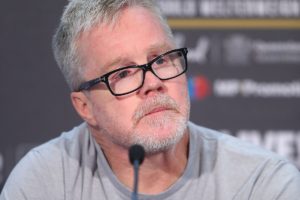 Freddie Roach, formerly a professional boxer and currently a boxing trainer, has shown a lot of effort to find a cure and control the said illness through medication. He has also continued working for various world-famous boxers. 2010 was the year when Roach was diagnosed with Parkinson’s. However, this illness has not hindered him from committing to boxing.

Indeed, Roach’s commitment to boxing has been strong as ever even if it has resulted in his slurred speech and tremors in his left arm. To fight the disease, the boxing trainer busies himself at the gym every day as he considers gym activities as part of his life. And instead of taking a break or vacation to rest, he spends his free time at the gym. 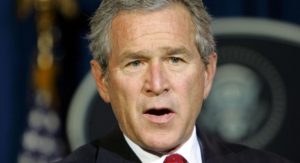 The United States’ 41st President and twice a vice president during the time of Ronald Reagan, Bush spent his life for several years suffering from vascular parkinsonism. Despite the condition, the former President remained profoundly hopeful as he battled Parkinson’s, particularly symptoms similar to it. He died at the age of 94 years old. 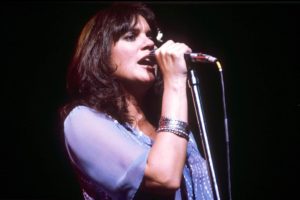 Famous for the title, “The First Lady of Rock,” Linda Ronstadt made an announcement of her Parkinson’s Disease diagnosis in 2012 after her retirement in 2011. Her more than 4 decades in the music industry brought her honor with President Obama’s National Medal of arts. 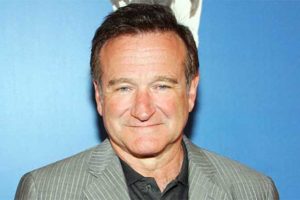 This famous actor and comedian were diagnosed with the said disease 3 months before his death in August of 2014. Williams won various prestigious awards such as Emmys, Golden Globes, Emmys, Grammy, and Screen Actors Guild Awards, among others.  After he died, it was confirmed that the award-winning actor was seen identifier for the illness, also known as Lewy Body Dementia.

The people you just read may have been the most successful personalities of their time. Nevertheless, Parkinson’s Disease has taken away either their career or even their life. This only means that not all famous people are enviable. It’s okay to follow prominent personalities, especially their inspiring acts.

But don’t let their suffering from sickness happen to you too. Here are some ways to prevent Parkinson’s Disease: