Your brain is a vital organ just like your heart, yet it’s common to assume that you don’t have control over what goes on above your neck. (Case in point: Have you ever had a conversation about brain health with your doctor?) In fact, nearly 60 percent of people think Alzheimer’s, one form of cognitive decline, is just a natural part of getting older, according to a recent survey. Fortunately, that’s not true. “Alzheimer’s is a disease—not an inevitable ride-along with aging,” says Richard Isaacson, M.D., director of the Alzheimer’s Prevention Clinic at Weill Cornell Medical Center in New York City.

What’s more, you can play an active role in reducing your risk of cognitive issues, whether from Alzheimer’s or other problems that arise as you age. And you can begin to take charge of it now, whatever your starting point. “It’s never too early or too late to think about better brain health,” says Dr. Isaacson. Address your mind today by adopting four key habits.

Walk. Dance. Play with the dog. Physical activity clears out a substance called amyloid, which is believed to accumulate and “gunk up” the brains of people with Alzheimer’s. Amyloid starts building a decade—maybe even two—before symptoms start. “The only thing we know of that can lower amyloid in the brain is exercise,” says Dr. Isaacson. A little physical activity is such a potent health player that active people have a 35 percent lower risk of mental decline than sedentary ones. A study published in the journal Neurology found that the better shape you are in early on, the better your brain will be in the future. (More-fit people had stronger brain abilities 25 years later than less-fit folks.)

Thinking in a new or deeper way can help shore up your mental prowess (no fancy computer games or Sudoku puzzles needed!), says Sandra Bond Chapman, Ph.D., founder and chief director of the Center for BrainHealth at the University of Texas. Talking about the key themes in a movie rather than just rehashing the plot counts as thinking deeply because it requires reasoning and attention. Coming up with a new way to say thank you to someone or to gather with your friends for some bonding time counts as being innovative. Novelty, variety, feeling engaged, and being challenged all build a healthier mind.

This type of thinking isn’t difficult to do, but it’s easy to crowd out, says Chapman. Simply executing the same rush-rush routine day after day squanders your mental energy and cheats your brain out of making stronger, more essential connections. (These strengthened connections are a resource that your brain can use if the main pathways get weakened by aging or clogged up later as a result of the plaques that form with dementia.) Even though you likely can’t change what’s on your schedule, you can aim to think differently and add some brain-healthy pauses to your day.

3. Set Up An Ideal Snoozing Scenario

Shut-eye time is when your brain does its housekeeping. “It’s almost like there’s a janitor inside that cleans up some of the toxic by-products that may be a precursor to amyloid,” says Chapman.

4. Do Right By Your Heart, And Your Brain Will Also Benefit.

All those healthy moves you’re making to keep your ticker in shape? Your brain loves them too. In other words, what’s good for your heart is good for your brain. 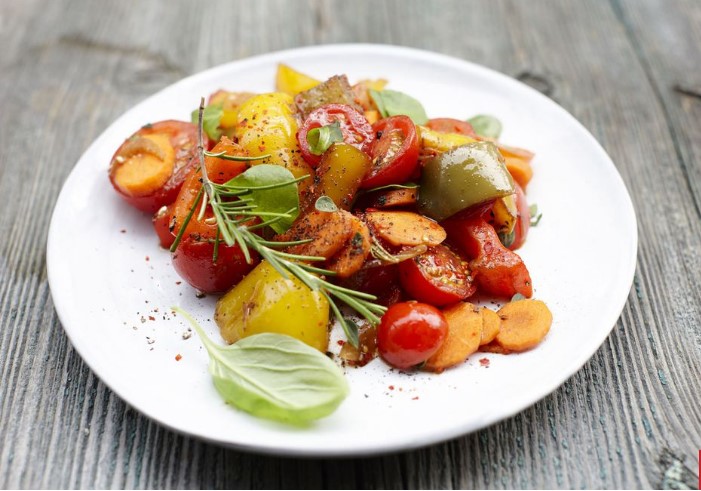 Love, feed, and care for your most overworked and overlooked body part—your brain. It will thank you now, and love you back later.

Scientists used to think that Alzheimer’s affected more women than men simply because women live longer and the risk goes up with age. But it’s far from just an older person’s disease—200,000 people under 65 have been diagnosed with it, and brain changes begin long before symptoms appear. More women overall get the disease, and there is evidence that it hits women harder (for example, women with Alzheimer’s can have a faster decline in memory function than men). Experts are beginning to explore this issue, but the encouraging news is that you don’t have to simply live with these facts. The national nonprofit Women Against Alzheimer’s is dedicated to uniting women to fight Alzheimer’s and has organized a campaign called We Won’t Wait that pushes for more efforts to find a cure and solutions for families of people with the disease.

We look forward to assisting you at home soon. Please call 630-225-0100 or set an appointment for a free home care needs assessment.