A wart is a viral infection caused by certain types of viruses of the human papillomavirus (HPV) family. Their main characteristic is that of a local growth on the skin that may look like a solid blister or a cauliflower. They are mostly found on the hands or feet but can also appear at other locations of the body such as the face. Most warts are harmless resulting in small cosmetic concerns and often disappear within a few months but some can persist for a few years and even reoccur. Although harmless, warts are contagious and can easily affect other persons. They can often be passed through areas of broken skin. Other types of warts are malignant and can lead to cancer. The most dangerous type of wart is caused by some types of HPV on the genitals increasing the risk of cervix cancer.

What are the Other Types of Warts? 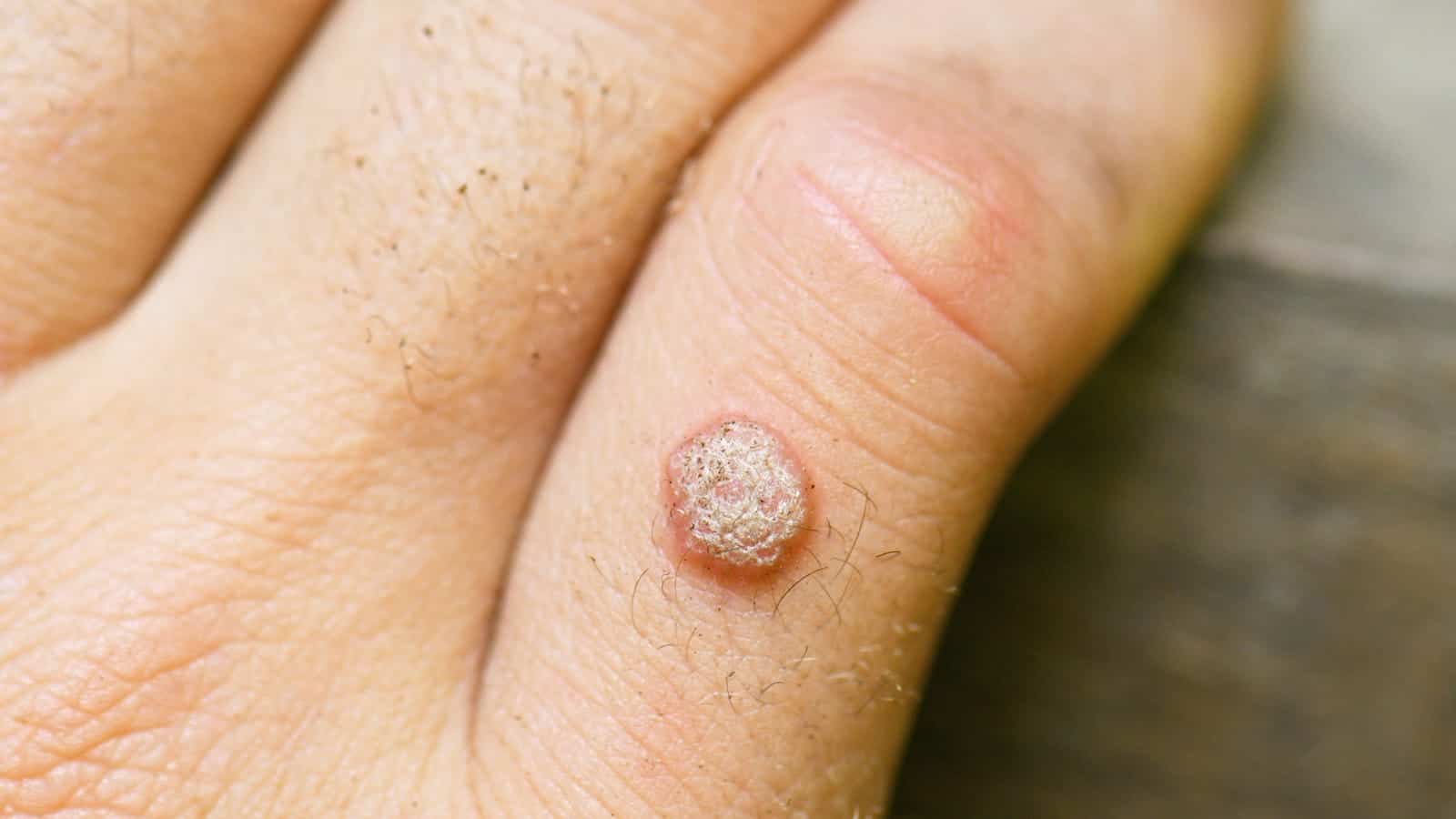 Beside genital wart, other types of warts can be identified and classified:

Common warts can appear at any part of the body but are often found on hands, elbows, knees, or legs. They have a rough surface that can easily be felt. Common warts are harmless but can cause some cosmetic problems especially if they appear on the face. Common warts are very contagious and can easily be transmitted to another person directly or indirectly. Their therapy can involve the use of cream or surgery in the most extreme case. When on visible parts of the body, they can be embarrassing and annoying. 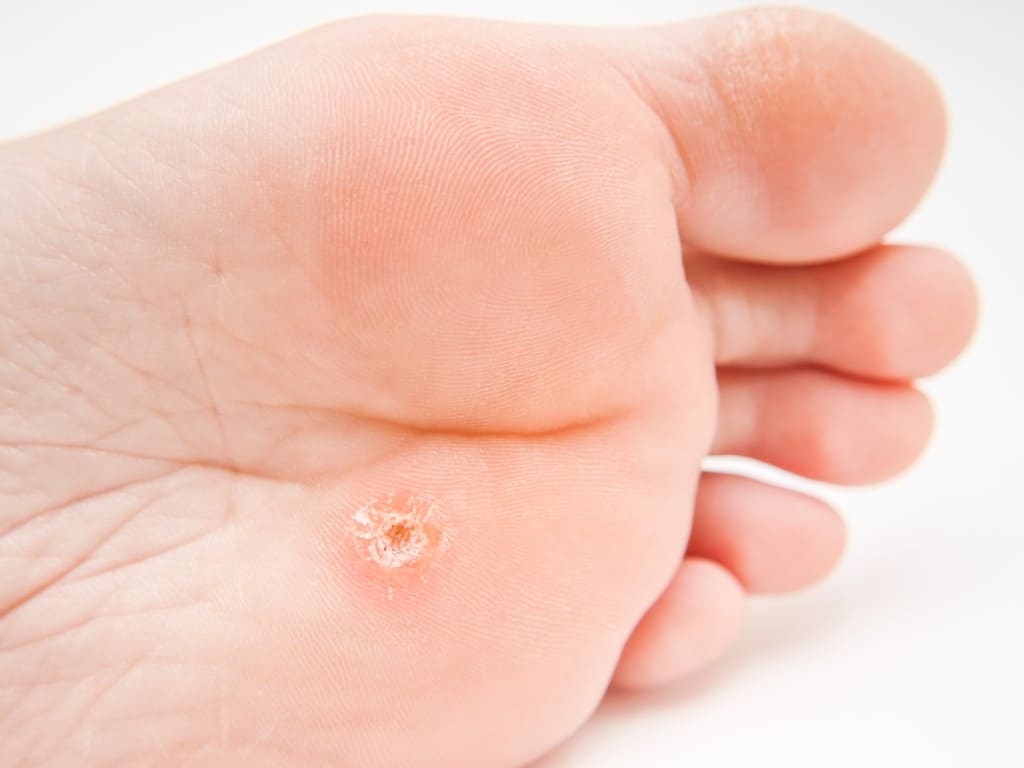 Flat warts often affect the hands, face, legs, neck, or arms. They often are of reddish-brown color appearing as a small lump on the surface of the skin. Their growth can result in a cluster formation of twenty to a hundred warts. Flat warts can be transferred directly or indirectly from one person to another through cuts, cracks, abrasions, or other types of skin eruptions. When diagnosed in its early stage, flat warts can be treated effectively. At a later stage, if the progression results in the formation of a cluster, it can lead to a malignant tumor or cancer. The appearance of flat warts does not involve pain or any symptoms which often results in many people not seeking medical advice until it has progressed to a more advanced stage. Treatment for flat warts can be done when diagnosed early with over-the-counter products such as silver nitrate, salicylic acid, and other types of cream which usually burn the dead skin allowing the wart to fall. If the warts are large laser treatment or surgery can often be performed and most recommended.

Plantar warts are often found on the sole feet. The main character is a lump usually of grey, brown or yellow color with dark spots. They are often produced by a virus that often affects areas of pressure applied on the feet infecting the epidermis or outer skin layer. The wart can cause a lot of paint and hinder normal activities if located at a pressure point of the foot. They can often be encountered on different surfaces such as swimming pools, shower cubicles, or locker rooms and can enter the skin through a break in the skin surface. A plantar wart virus is not highly contagious but can often take months or years to cure by themselves. Although their development can occur regardless of age, they are often noticed in children between the ages of 12 to 16 years of age. 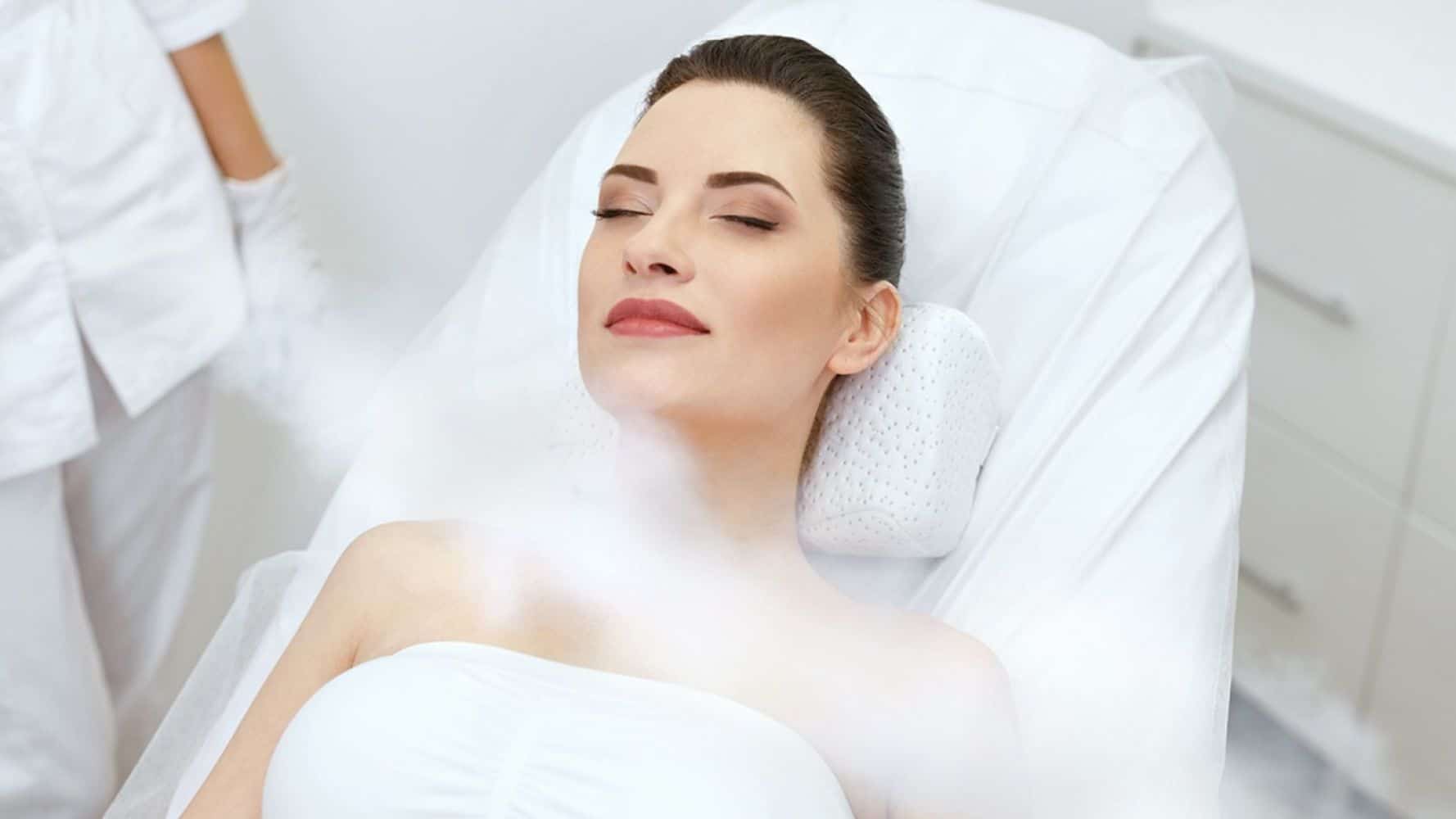 • Salicylic acid – the chemical usually removes the outer layer of the wart. The treatment should be administered for at least 12 weeks every night. A good tip is to soak the wart in warm water for five minutes to soften it which helps with the treatment. The application of the cream should be on warts and exterior surroundings of the skin near warts only. Just before preceding with the application, warts should be gently filed with sandpaper.

• Formaldehyde preparations – this type of treatment is most effective on mosaic warts. Treatment consists of soaking the affected area for at least ten minutes in the formaldehyde solution.

• Cryotherapy – this type of treatment consists of freezing warts using liquid nitrogen with the aid of cotton or spray. The treatment can last up to four weeks. Using cryotherapy to treat plantar warts is quite painful and can often cause blisters. The treatment should be administered by a trained nurse or your doctor.

• Local Anaesthetic – if all the above treatment does not prove effective in removing plantar warts, consideration can be in removing through a surgical procedure. It consists of scraping the wart away and then cauterizing the remaining area. Removing through surgery often leaves scars and could prove painful on the sole. It also does not prevent the wart from reappearing.

• Other treatments – Some other types of treatment that are often used include occlusion therapy, the application of tea tree oil, and even hypnosis and complementary medicine.

Precaution is always necessary when infected with any type of wart. Avoiding scratching can help prevent spreading the infection. It is also necessary to avoid using items of a person that is infected. Seeking medical attention especially in the case of genital warts can help determine if the infection is malignant and early treatment can often cure most cases of warts.